On Tuesday, 22 September 2015 the fifth Tolkien Lecture of the series was given by Alfred Brendel, one of the greatest pianists of the last 50 years, entitled: A-Z, A Pianist's Alphabet.

Alfred Brendel's career as a performer lasted 60 years and involved appearances with the leading orchestras and conductors of the world. He was also the first pianist to record all of Beethoven's piano works. His final concert appearance was with the Vienna Philharmonic in 2008 and since then he has taken to writing and delivering lectures, poetry readings and masterclasses. He has recently spoken at the Salzburg and Verbier festivals, in the Vienna Musikverein and Konzerthaus, and at Princeton, Yale and Cambridge. 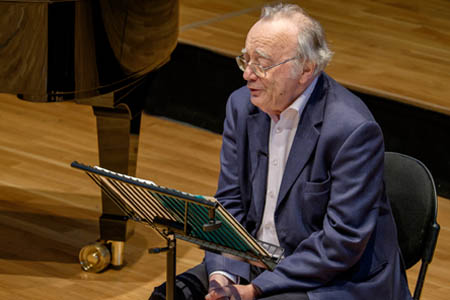