The guest speaker was Professor Simon Szreter (1975), Professor of History and Public Policy at St John's. He gave a very interesting lecture entitled: Sixteenth Century Royal Projects and Today's Most Urgent International Development Debates in which he suggested that a better understanding of some of the catalysts for England's rapid economic growth during the Industrial Revolution, in particular the Poor Law (1601), might help some of today's emerging economies in places like Africa. After the lecture Simon took questions from the audience before a drinks reception was held in the foyer.

Photos from the lecture are available to view here. 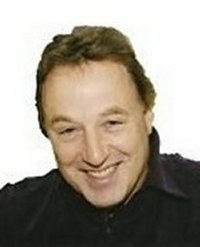 Professor Szreter has carried out extensive research in relation to comparative demographic, social and economic change. He has a particular interest in using the past to help us understand the present. His key publications include: Changing family size in England 1891-1911: place, class and demography (2001) and Health and Wealth: Studies in History and Policy (2005).